Here I am in the United States, more tired than I have ever been in my entire life. Nearly two weeks of absence from my blog, and I have finally returned.

The last I wrote on this blog, I committed to learning a tiny bit of Gulf Arabic, a tiny bit of Thai, as well as Burmese to a Tourist Level.

Gulf Arabic for my Dubai stopovers? Well…I did prepare a significant amount of very essential vocabulary (and yes, the Middle East phrasebook arrived on time!), but, as it turns out, given how (1) I wasn’t buying anything in any of the shops and (2) expatriates outnumber local significantly in the United Arab Emirates (this was even MORE pronounounced in the Airport, where it often felt significantly more Southern Asian at times…I should also note that I heard Hebrew spoken at the airport!)

When I tried to engage security personnel in Arabic, they virtually ignored me. But maybe I’m missing on something. I’ve heard that in Jordan (for which I failed to prepare Arabic on account of my school schedule), even a few words may get you the response “You speak Arabic better than I do!” from a local (I think it was the Rough Guide to Jordan that said this…)

Anyhow, it seems that I’ll pivot from Gulf Arabic to the Iraqi variety (but it’s not going to be my main focus). Why? I told someone at a language exchange that I would like to learn Iraqi Arabic out of curiosity, and because I studied Ancient History (among other things) in college, and I got told (on multiple occasions). “WHY? ISIS practically destroyed everything there…” (Keep in mind that I have no intention to travel to the country at this point at all, although interacting with Iraqis everywhere else would be a fantastic endeavor!)

So, did I fail? This was a surprise mission after all, but I managed to learn quite a lot under the circumstances, and I think I would be able to hold my own in an emergency situation.

Also the first time I’ve spent Ramadan (for any amount of time) in a Muslim Country. Would have never predicted that I would have arrived at 3 AM in an airport. Wowie.

Now, as for Thai…

Yeah, WAAAY too tired to have prepared it properly on the plane. And I decided to go with an app that I wasnt used to (the Japan-based LingoCards) rather than using the sturdy Mango Languages (which I think is fantastic for “activating” a basic language, actually).

That said, I was capable of using “Hello” and “Thank You”, as well as “Where is…?” The phrasebook helped.

Lesson Learned: If you expect yourself to be tired in a given situation, prepare yourself. I remember that I used to be a fire dancer and fire stuntsman in college (True story!) One thing I was told…that when you are ACTUALLY dancing with fire, expect it to go more quickly. Same here. Expecially if you haven’t had experience with a language, expect to be slower and a lot less quick-witted when using the language with other people in comparison to your exercises by yourself. This is doubly true if travel is weighing you down. 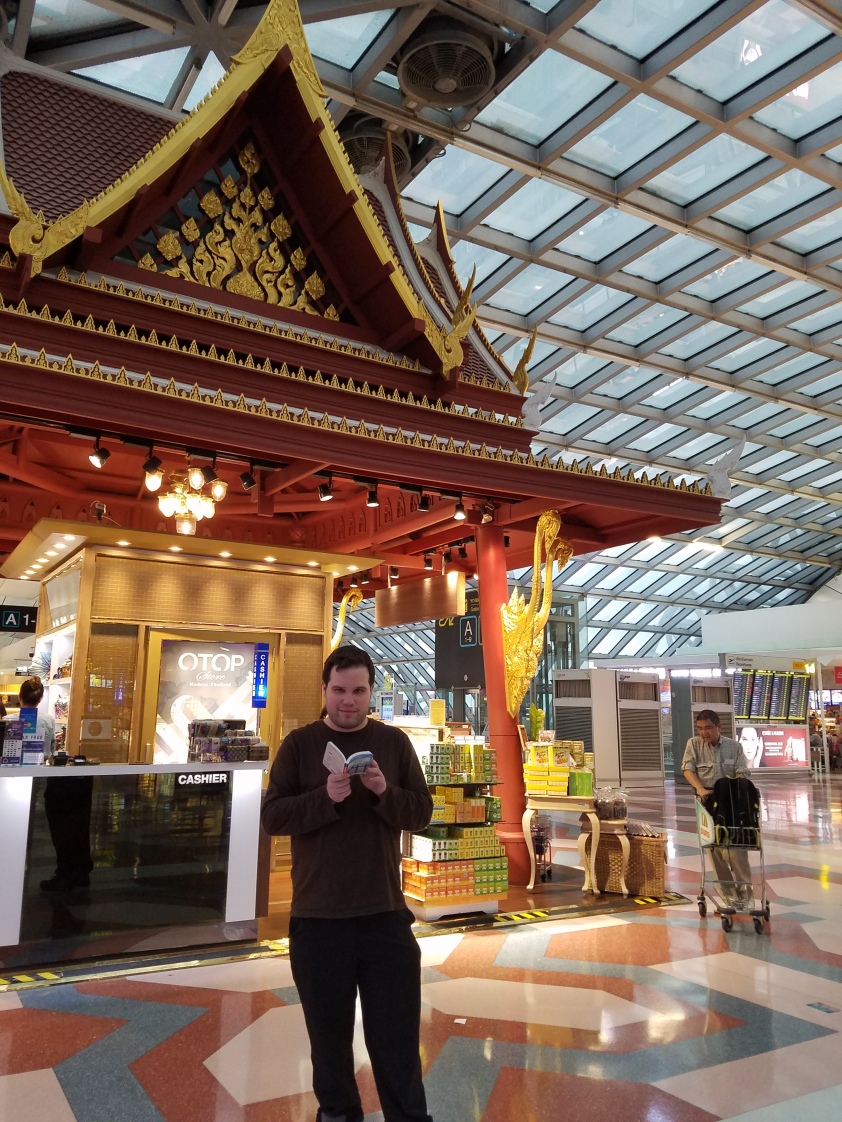 Now, ordinarily, I would write something about how I managed with Burmese during the two-week-plus trip, but that’s worthy of a post in its own.

The bad: I got answered in English more often there than any other place (with the exception of the Netherlands), and this is despite (or perhaps because of) the fact that few Burmese are fluent in English.

The good: managed myself using Burmese in almost every single situation (with the exception of the hotel, which is an anomaly for multiple reasons I’ll discuss in another post). I can plainly say that I have mastered basic Burmese although I am not fluent.

And, of course, next week will feature posts on Danish (in honor of the…closest thing they have to a national day) and Swedish (in honor of the Day of the Swedish Flag). Neither of them will follow the patterns I’ve laid out for the previous National Day posts.

And I should probably get some rest.

Tomorrow I head off to the Golden Land (Myanmar / Burma).

As a Yiddishist I am actually amused by the fact that a popular Yiddish name for the United States was (and remains) “di goldene medine” (also meaning “The Golden Land”, or somewhat more accurately, “the golden country”). I’m hopping one from Golden Country to another, so it seems.

On one hand, I feel significantly confident in my ability to say a lot of “touristy” things in Burmese, although I’m not fluent (and I have problems reading the Burmese script, too!).

This is my first tonal language that I’ve taken seriously since my “polyglot awakening” in 2013 or so, and as a result I’m quite worried about whether I’m getting it right but luckily the fact that I have a musical ear certainly hasn’t hurt.

Where am I? Well, let me put it this way: part of me feels that I’m walking into a test that I haven’t studied for. At all. And that this test determines my future.

But another part of me feels that I’m entering into the testing room with as many “cheat sheets” as I want.

Now, time for me to tell you that I got caught off guard!

Apparently I have layovers in the United Arab Emirates and in Thailand (and Thailand only on the way there).

So you know what this means:

I’m also on a mission to see how much Gulf Arabic I can learn on the plane to Dubai, as well as elementary Thai on the way there.

(This, in addition to Burmese, which will be in quite good shape, I think, after three weeks).

Time for me to layout my plans:

I’m gonna have to memorize as many phrases in “Birmanisch für Myanmar – Wort für Wort” to the best of my ability, including how to put sentences together and all that fun stuff. The fact that my life may depend on knowing this stuff means that my memory is probably going to go into Jedi mode. I’ll see how well I do (or how badly I do).

What’s more, I also have five Burmese Memrise courses in offline mode on my phone, including a complete guide to the characters. I know that various Pali loan words are not pronounced the way they are spelled (see my previous post on Burmese here), but I expect to be able to read Burmese by the time I set foot in Mandalay for the first time.

If only I found out that I was having a layover in Dubai literally two days ago, I would have a book (I wasn’t told this due to miscommunication. My parents are the ones that are bringing me along to play translator).

I managed to get the Lonely Planet Middle Eastern Phrasebook purchased online. It will come to me tomorrow, and I hope that it will arrive before the shuttle to the airport does.

But even if that doesn’t happen, I have other tools for Gulf Arabic, namely a Peace Corps Guide (primarily aimed at Saudi Arabia) that is 300 pages long, as well as a Japanese-based Gulf Arabic app, and the free preview for the Gulf Arabic Kauderwelsch book (I wouldn’t underestimate those free previews given how helpful one of them was for me in Iceland).

Thanks to me having done Dari on Mango Languages (to help improve Tajik), the Arabic alphabet isn’t as strange to me as, let’s say, Thai characters.

I’m focusing on the casual Gulf Arabic for this time. Will probably only use in the airplanes or on the airports. But at least that will be enough to write an article on. I hope.

I am reminded of one of my friends, a fluent speaker of Egyptian Arabic, who remarked that Gulf Arabic sounded like “frog talk”. Part of me has dreamed of learning it ever since.

What do I intend to do? Go through the books and the apps on the plane, and the book (that will hopefully arrive!) using mnemonics along the way. Write as much as I can. If there are native speakers I can interact with, great! This will be a challenge I remember!

Got an Italki language exchange partner who wanted to learn Northern Sami from me (which I forgot a while ago but am relearning bit-by-bit to prepare for the lessons). She’s teaching me elementary Thai in exchange and I’m enchanted by everything about it, the same way that I am enchanted with…pretty much every language I’ve ever studied.

Thanks to her help I’m headed into this situation with more wisdom than with my “see how much Gulf Arabic you can learn in a day” assignment.

I still have zilch idea how to read. At all.

And that is something.

PLAN: Same as for the Gulf Arabic one, except for I’ll be studying it on the plane from Dubai to Bangkok. I also won’t be studying this for the “way back” trip.

Vanishing for the Vacation.

I’m not going to be writing posts during my trip to Myanmar (May 10th – May 29th). I’ll even leave my computer at home.

I’ll miss all of you, but I really, REALLY look forward to sharing the results of my daredevilry with all of you!

I WILL BE PRESENTING AT THE POLYGLOT CONFERENCE IN REYKJAVIK, 2017!

I’ll get to that soon enough. But first I have to take on some adventures.

While I’m my adventures, I’ll be thinking of you, dear reader, and knowing that I can share my ventures as inspiration to make your linguistic dreams come true!

See you in June! 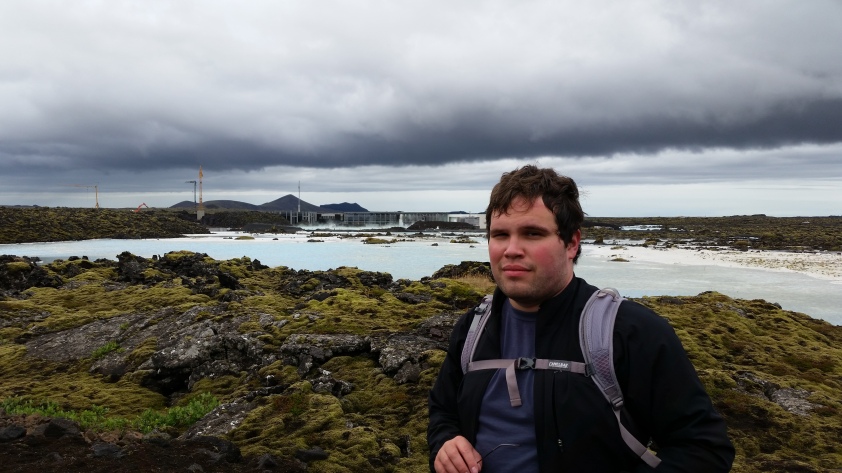