I’ve performed Karaoke songs in a total of thirteen languages to date, not only have I done languages like German and Swedish but also Breton and Greenlandic. In an era in which English-language songs seem to be taking over everywhere, how do I do it?

This piece has been requested for a long time no one has ever written a piece on this before, so I’m going to relate my procedure as best I can.

For one, let me detail the variety of karaoke events I’ve been to thus far in my life:

For (3), the process in singing songs in other languages can be fairly straightforward. Find songs in your target language that you know happen to exist in Karaoke versions and just sing away (given that I’ve never heard a Breton-language cover song, this is how I got that language on the list).

For (1) and (2), as I already mentioned, you’ll usually need to rely on foreign-language covers of English songs, although you may be lucky and find songs in western European and East Asian Languages in your catalogue (e.g. French, Spanish, Chinese, Japanese, Korean, Indonesian, etc.). This is particularly common in establishments in international cities owned by people from Latin America or East Asia.

If you are in another country, you will usually expect to find hit songs not only in that country’s language(s) but also in the languages of nearby countries. (One example that is hardly surprising is that Swedish songs can be found in many Finnish karaoke establishments. I have a vague memory of Polish ones having some German- and Russian-language songs as well, and had I been more astute at the time I might have noticed ones from other Slavic-speaking countries as well, such as Czechia or Ukraine.)

You can use your smartphone in order to have the lyrics on reference, or otherwise you can memorize them beforehand if you’re feeling committed.

So, where do I find foreign-language cover songs?

Ah, yes, these have been covered in a vast host of languages, almost all Asian and European (although The Lion King was dubbed in Zulu and Moana / Vaiana was dubbed in Tahitian with a Maori dub on the way). What’s more, these covers are due to the official localization efforts of the Disney Corporation.

You can find many of the lyrics for these versions available online, and even if you can’t find them on lyric websites, you could find them in videos (in which the localized language in subtitled) and then you can type them out and post them online or just e-mail them to yourself.

These are usually by go-to songs in multilingual karaoke, although there are some things to know about:

Yesterday I purchased a Burmese music album (10 USD for 101 songs, that is NOT a typo!). Across that album (entitled “Greatest Hits”), I encountered past Eurovision Songs, Britney Spears, “You Raise Me Up”, and ABBA…in BURMESE.

I’ve come across a number of very surprising covers, including Chris Brown in Tok Pisin, “Puff the Magic Dragon” in a host of languages, and “You Raise Me Up” in GREENLANDIC:

There’s seldom a chance that typing in “covers in (INSERT LANGUAGE HERE)” is actually going to turn up meaningful results. You’ll just have to play around with recommended videos, playlists and what-have-you until something interesting comes to you. When I bought that Burmese album, did you think I was getting a bunch of cover songs? Well, it was in the iTunes store, but I don’t have the time to listen to 101 song previews and I hadn’t purchased any new music since early July.

This is one way that the fact that English songs are “taking over the world” can be used to your advantage: you can find fan-covers and fan-translations of a lot of these online. Sometimes you may encounter “singable translations” via lyricstranslate.com or even find them in YouTube Comments(!) And this time, you have many, MANY more languages represented.

Also, one thing I should mention is that a lot of English-language pop songs are commonly translated with singable versions into Irish, which probably has among the richest collection of cover songs out of any market out there (except for maybe Myanmar or other East Asian countries that, as of the time of writing, I don’t know a lot about).

Well, let me tell you, in the United States, I’ve got NOTHING but positive reactions from doing this (from the audience, at least). Some organizers have had mixed reactions but nothing wholly negative (one encouraged me to “sing in Klingon next time”)

I’ve even got some prospective students and friendships out of it, not also to the mention the time I was stopped by a stranger in a bar saying that he saw me sing the Lion King in Icelandic…five months ago! (I do an awful job at being forgettable…)

And, of course, if you’re together with your polyglot friends, you’re with people who think like you, so what more is there to want?

Also, people are not going to be judgmental about your accent, even if you encounter native speakers of the language (happened once when I sung a Polish song), you’ll actually get more enthusiasm from THEM than from anyone else out there.

One of my big life lessons from a few years ago was that “different always does better in the store”. In the store of life, as long as you abide by the social contract, being different and doing it differently will only do you wonders.

Between the area where Germany, Poland and the Czech Republic intersect, there is an area called “Lausitz” (in German) which is also the home of the Sorbian / Wendish peoples, who speak not one but two Slavic minority languages in Germany (“Upper Sorbian” and “Lower Sorbian”).

(For those curious: the name is “Łužica” in Upper Sorbian and “Łužyca” in Lower Sorbian)

In one of my first exposures to this minority culture, there was a montage (on one of the Sorbian cultural websites or so) of various Sorbian people saying in the Sorbian Languages, German that it is “never too late”.

This is the attitude that any learner requires and should attain.

By contrast, many of my American friends (including members of my own family) believe that the only true way to have gotten good at a language was merely to “start earlier”.

If only it were that simple…because if that were the true solution, it would have been implemented already by everyone to maximum effect!

This should be said: Anglophones are not the only ones that learn languages in school and then forget how to use them completely…I’ve seen people make confessions of this sort everywhere I have been. Even those fluent in a number of languages in the double-digits! 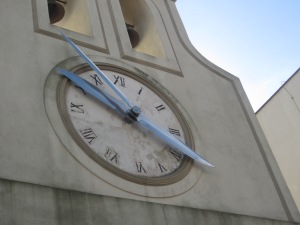 The idea that childhood usage = adult usage can be refuted by noting the case of the Kindertransport, Jewish children adopted by other families from Nazi Germany, many of whom forgot to use German entirely. I’ve even encountered people in my age demographic who have forgotten their native language completely as well!

Well, then…you may say…certainly starting earlier means that you speak with a perfect accent, right…? Right?

That may be the case, but also ask anyone who has worked with accent training for singers and accents…

Once you learn how to position your mouth and tongue accordingly, you can imitate any sound on the planet, regardless of what you may have heard about your mouth taking its shape at age 10 (or so) and refusing to morph any further (or learn any new sounds).

These positions can be learned. And there is one thing I tell anyone who says that he or she is “not a language person”:

If you can imitate a voice, you can do any accent.

I’ve heard countless young people imitate their co-workers and peers on the streets of Manhattan. Certainly they have no excuse as far as the accent is concerned.

There is one argument that I will concede to the “earlier = better” crowd. In a way, it makes the racking up of hours in your target language easier. Learning a language isn’t exactly about early exposure nor is it about courses taken. It is the amount of hours plugged into the task.

Here’s the good news for you folks reading this on the internet:

Thanks to the Web, your chances to get your hours for your target language are extraordinarily common, more than your parents certainly would have ever had it when they were your age.

There are many reasons that people that undertake language projects don’t reach their goals. Having started too late in life isn’t a serious issue. The list of serious issues will come in another article (and I hope that language teachers especially will be reading it).

To conclude, there is one thing…ONE mindset, that American society will need to adopt it ever it seeks to overcome its reputation as notoriously monolingual…and it most definitely is capable of it…

Learn from the Sorbs, and repeat after me…and them:

It is Never Too Late!