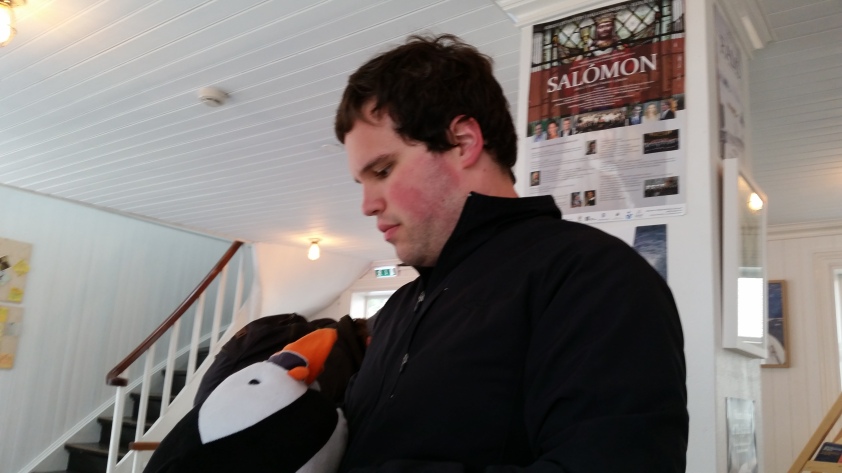 Back in 2014, when I was having conversations in okay / mediocre / sort of manageable German (with perhaps too much influence from Yiddish) on a daily basis, in addition to conversations in Hebrew, Yiddish, Swedish and Danish (all of which, looking back, did require a significant amount of work but which were still passable), I thought of writing this blog to document the wisdom that I gained and struggles that I had on a daily basis.

To be honest, when I first started I thought that I wasn’t “qualified enough”, but here’s something you need to know: the world belongs to those who make brave decisions without overthinking them. (This is the biggest disadvantage of being intelligent by FAR—every single one of our decisions has an extensive map of potential consequences that could freeze up decision-making. That, and success in school does usually result in approval-seeking behavioral patterns, which usually are damaging on the long term).

This blog was hibernating from late 2015 until 2017 (due to my Lyme Disease) when I decided I would bring it back and explain that the reason I wasn’t posting was…well, because I was sick.

Despite all the praise and letters of thank you I’ve received from languages learners across the world, it hasn’t been “all nice”. My writing style has been called a significant amount of names and I’ve been accused of being a charlatan (obviously by people who never met me and likely don’t care to). But thankfully this is rare in comparison to the love I’ve received from the community built from dreamers and dream-realizers like YOU!

One fine evening in a Moishe House (it’s like a community house for Jewish young people in their 20’s and 30’s), I came across someone who told me he was having a tea ceremony in Chinatown on the following day and that he’d like me to come.

I got up and I wasn’t feeling well. I messaged Ari and told him that I may be unable to come. Then my head cleared in an hour and I’m SO GRATEFUL it did. He and I spoke about languages, travel, cultural differences and, of course, China’s cuisine, which still olds a distinctly unique place on the world stage.

I saw Chinese news shows playing behind me and I remarked on the fact that Norway also has subtitles in all of its shows as well (to assist the hard of hearing / immigrants learning Norwegian mostly). One thing led to another and the fact that I was a hyperglot couldn’t really be kept a secret.

We met on several occasions since the tea ceremony (and it was the best I’ve ever had, EVER, even if it felt like “energizer in a pot”). He wanted to interview me for his channel and I used that as an opportunity to lay forth messages I wish I heard earlier in my life to eager learners throughout the world. It has since become a noteworthy success.

He also “mentored me” in the art of YouTubing, video-making and also encouraged me to focus a bit more on depth (which I took into mind with my primary language focus of 2018 so far – namely, Fijian).

I was also afraid of making videos and in July of that year (the interview was recorded and posted in April) I started making my first ones, and then began growing into it. All because of Ari.

It’s no secret that I like the Nordic Countries. A lot. I wear t-shirts with Icelandic and Greenlandic paraphernalia on them for many public appearances (including an Icelandic declension shirt during the Ari in Beijing interview and a Nanook shirt for … well, we’ll find out in a moment, shall we?)

I submitted a proposal on a talk on how to use video games to learn and maintain languages in April 2017. I was SO SURE I wasn’t getting accepted (there was no way I was competing with global scholars and government officials, right? RIGHT?)

I woke up one Monday morning expecting sheer disappointment and when I opened the message at 6 AM I was so excited that I felt like shouting loud enough to wake up all of Brooklyn.

Professor Arguelles and I messaged repeatedly, not only in Brooklyn but also on the shores of Inle Lake (in Myanmar) in order to create an outline that would introduce this fantastic novel method of language learning to people who had never touched a Game Boy / Atari / anything else in their life.

I went on the stage, definitely one of the youngest presenters there (I was not THE youngest, however), and I used my trademark energizing way of teaching complete with a PowerPoint presentation with tons of Easter Eggs and “secret bits” for people who knew the various languages on the screen (e.g. Undertale in Japanese, Pokémon Mystery Dungeon 2 in Polish, etc.)

Richard Simcott and Alex Rawlings told me afterwards that the presentation got OVERWHELMINGLY positive feedback including many people who wanted me to do an “encore” at future conferences.

The lecture isn’t up yet, but it slated to come soon!

This provided me such a huge boost to my language skills in addition to the fact that it GREATLY increased my interpersonal skills in ways that were not possible earlier in my life.

It also gave me fantastic insight as to how most people learn languages (and the obstacles they face in doing so). It also enabled me to fine-tune my own missions as well. (Often in a lot of classes I’ve taught in 2018 I also mentioned “I’m learning Fijian right now and l’m having many of the same issues that you are!)

Once Nuuk Adventures comes out, I may begin “winding it down”, but for now I’m still doing it (and I can be your teacher! Contact info above!)

I got my M.A. in Jewish Studies but I think one significant issue that I had was the fact that a significant amount of people there, both among the staff and the students, maybe found it a bit “silly” that I would care about many other places so much. Interestingly when I went to Greenland (one of the only two countries I’ve been to without any organized Jewish presence, the other being Jordan [Iceland is debatable given that they have a seasonal Jewish community and, now, a Chabad Rabbi, so I’ll count it as having one), I found a LOT in common with the conversations that people were having about Jewish identities.

Examples: how do we balance our traditions with the modern world? How is it possible that we survived this long, despite everything? How will we survive in the coming years? And, of course, the underdog humor found in Greenlandic films such as “Tarratta Nunaanni” and in Yiddish theater sketches have a LOT in common (whether Marc Fussing Rosbach or other creators realized it or not!)

To Downsize the Presence of “Punishing Religion” in my Life

I can’t say too much about this quite yet because next month there is likely to be a “big reveal” concerning this. Some of you know about it already but I promised not to write about it until…well, you’ll know when you read it.

“Kaverini: Nuuk Adventures” was thereby set in motion because of the people I met that evening.

I could have remained a parochial nice Jewish boy, but as it turns out, right out of college—I had so many job rejections that I felt like cracking. Then a professor of mine from Poland recommended that I work at this internship program in Krakow. I was skeptical at first (given how Hebrew University was nice but also provided a significant amount of stress).

I decided that anything was better than unemployment. And I made the plunge. I made the decision at the Woodbridge Town Library (which was ALSO the place where “Kaverini: Nuuk Adventures” started because that was where I discovered the Greenlandic language as well!) I was in the library because of post-hurricane power outages.

I remember sending the documents and taking in a feeling that I would  be living in a foreign country again.

The journey sent me to several other countries as well. And I remained permanently changed.

I found myself thrown in between so many cultures that I was very confused.

But the wisdom I gained from it was immense. And Poland in particular also has a fascinating history which ties together a lot of elements of being an empire and being crushed by empires at various points in its history, not also to mention a deep history of multiculturalism with a more recent past of being very ethnically monolithic (pretty much every Polish person that I have spoken to had noteworthy traces of a non-Polish nationality in their ancestry, including yes, Jewish ancestry.)

Between my time in being a permanent resident in the U.S., Israel, Poland, Sweden and Germany (despite the fact that they’re all developed countries with lots of political power), the world would never be the same.

What were some of the best decisions of YOUR life?